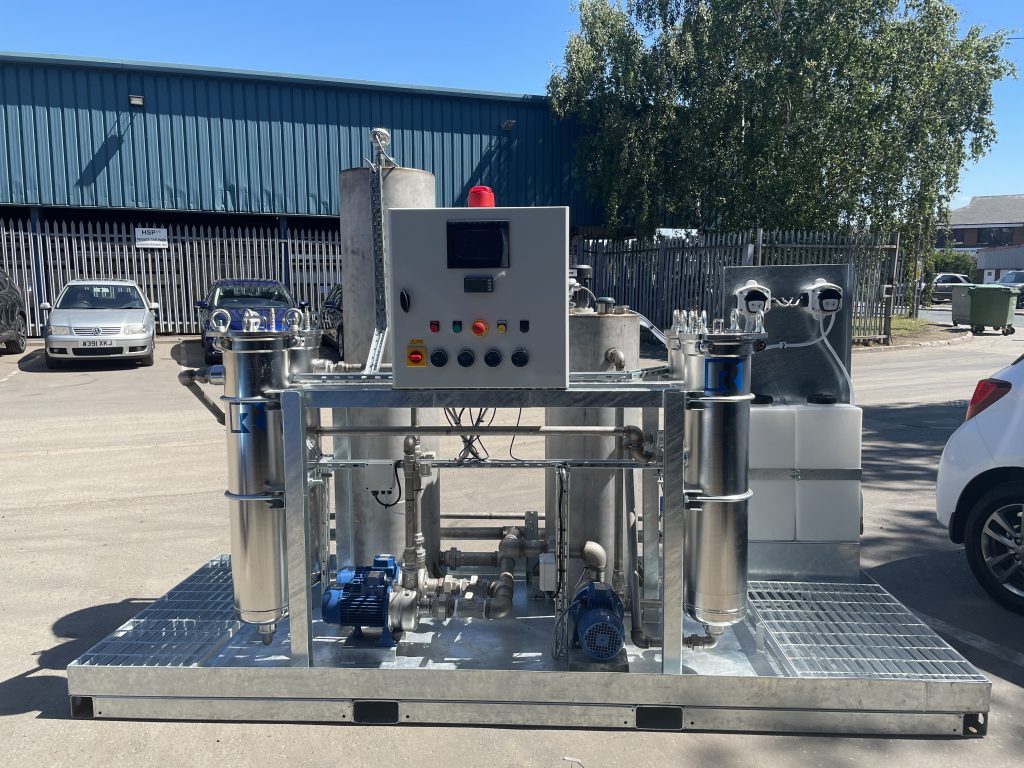 The refrigeration manufacturer approached Rosedale Products Europe to source a system capable of cleaning and neutralising effluent water taken from the acid etching tanks used to prepare zinc coated metals used in the production of their refrigeration system cabinets. The client was faced with an issue of not only physical contaminants but also chemical contamination as well as a pH imbalance following the washing of the metals post acid etching prior to powder coating.

The Rosedale Products Effluent Treatment Station (ETS), originally designed to meet the demanding needs of industrial wheel refurbishment process was easily adapted to meet the requirements set out by the client to allow them to safely discharge the effluent water generated in the production process to Anglian Water’s network. 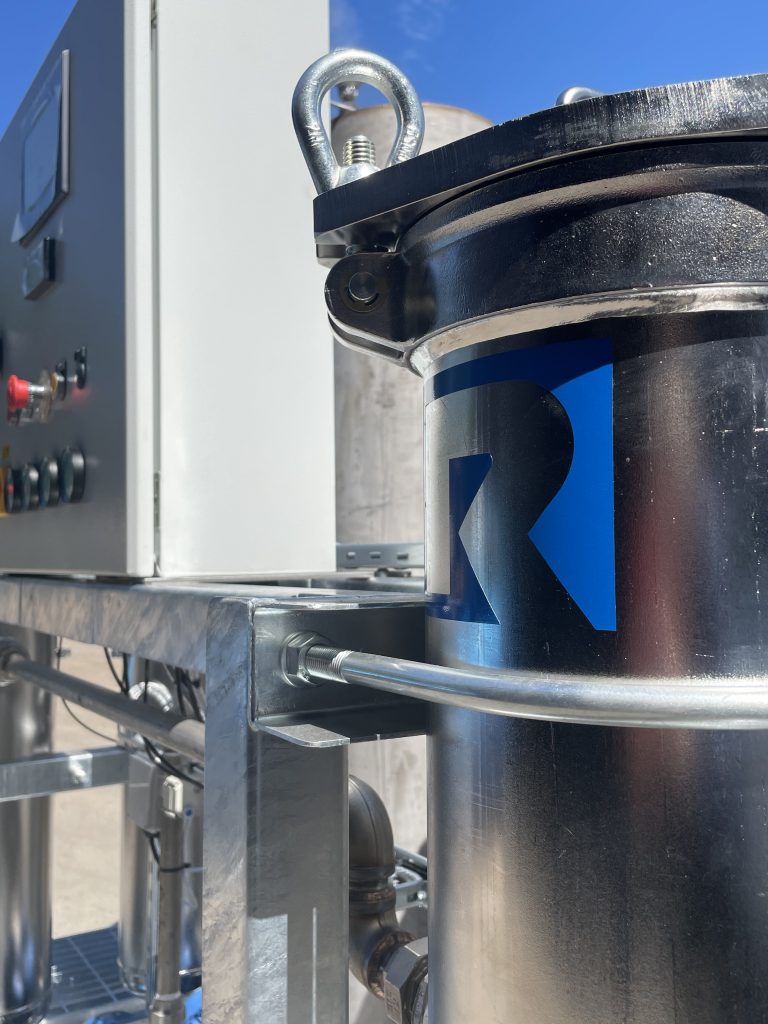 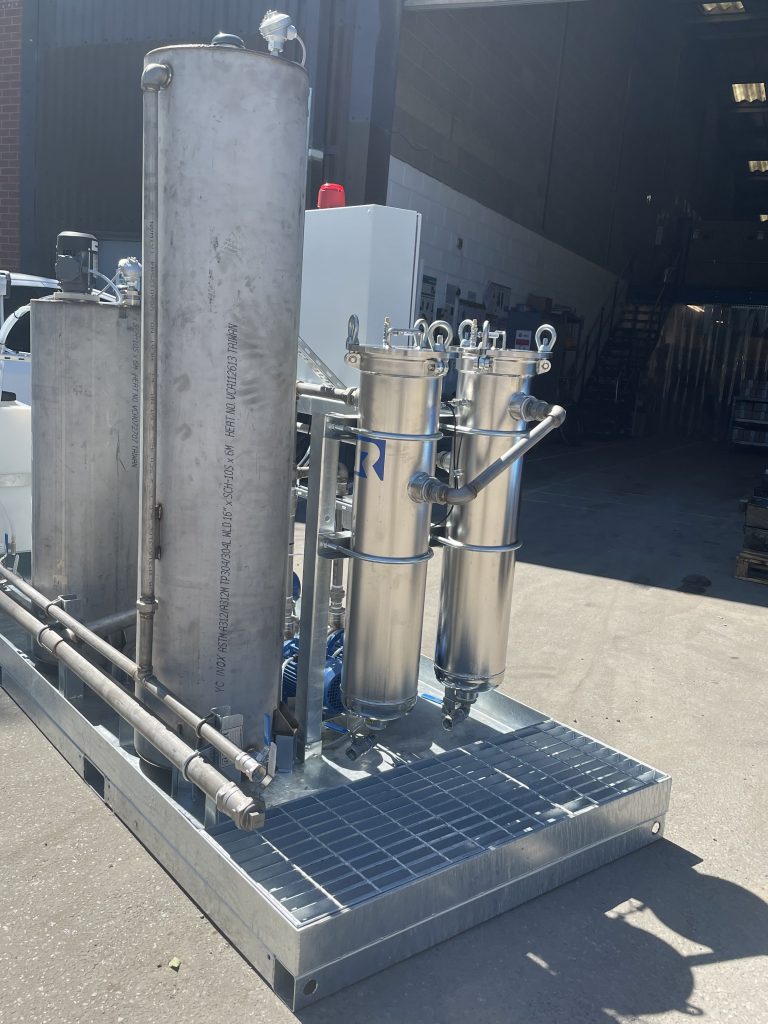 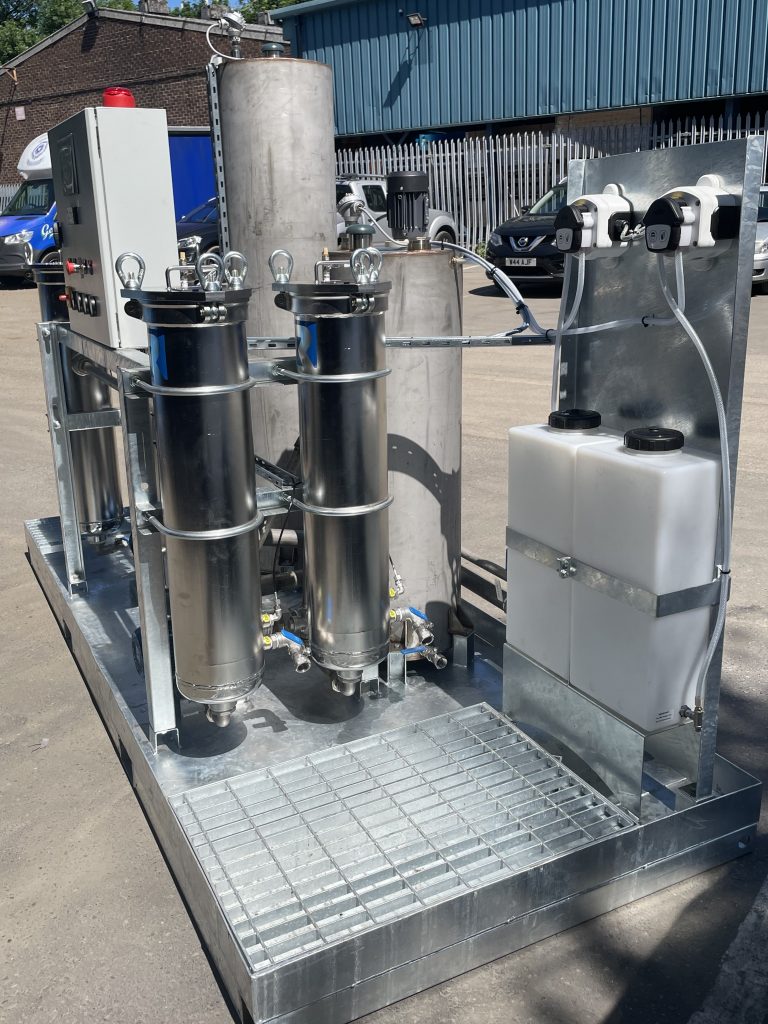 The client was paying for weekly disposal of effluent from the system by waste contractor and was storing several 1000L IBC containers per week before the contractor would arrive. As part of their  new facility investments, they were keen to remove this archaic practise from their daily routine and offer their employees a simpler, safer solution whilst at the same time reducing their annual disposal costs. In the UK an average cost for a pH imbalanced effluent removal is in the region of £50.00 per/m3, so a client paying for disposal via tanker of 10m3 per week is saving £500.00 per week and is no longer reliant on a third party arriving on site to remove their liquid waste, this alone on a 50-week working year adds up to £25,000.00.

The Rosedale Products Europe Effluent Treatment Station has been installed on the end of the wash system to collect and autonomously process up to 300lph of pH imbalanced effluent, removing suspended solids and reducing COD and BOD levels to a level safe for discharge consent even within the strictest of water authority guidance, preventing discharge if any of the parameters are outside of the required pH discharge limits.

The ETS is an adaptable technology and we are already working with several other industries where further adjustments are being made to accommodate new additions to the system including zinc and aluminium fall out for extremely contaminated effluent streams and recycling systems to clean the discharge water sufficiently to use it again in another process or grey water application.

If you’d like to know more about the ETS system of would like to discuss any filtration issues you’re having, please get in touch.

We can help advise on filtration solutions for your requirements and will support you through the whole process.